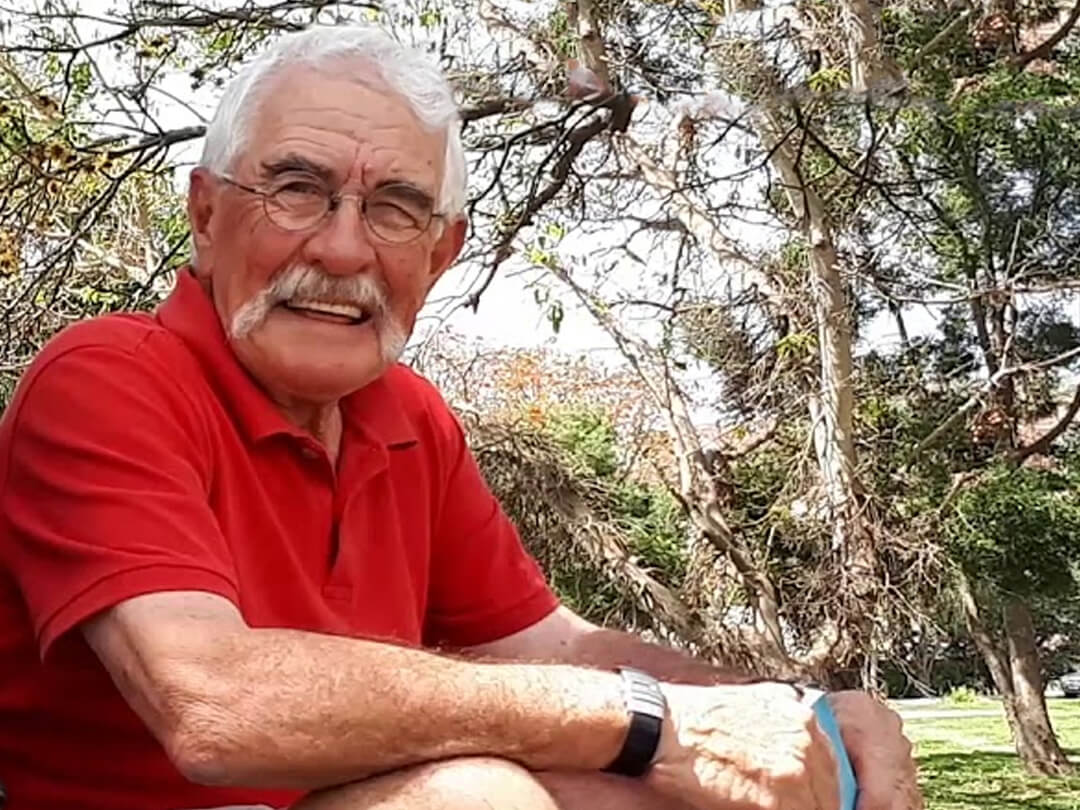 To try and explain where Brian “Bugs” Wilmot fits in, is a story for another day.

Today’s blog lies in how well-known “Bugs” Wilmot got his nickname and how his life led him to taking up residence at Settlers Park Retirement Village in 2017.  Note that the blogger has specifically avoided using the word “retired”.

Born in Gqeberha (Port Elizabeth), Bugs was an only child and is a direct descendent of 1820 Settlers, Joseph Edward Wilmot and Susannah Richmond who came out with Hezekiah Sephton’s party on the Aurora.

Like most men of that era, Bugs served in the army having matriculated at Dale College in Qonce (King William’s Town).  He then read a Bachelor of Science (Honours) degree in entomology at Rhodes University, and it is here that he was dubbed “Bugs” by his fellow students.

In 1972 he joined the staff of the Albany Museum, and five years later, was appointed director of the institution. In a 1993 career move to Cape Town, Bugs took on the role of Provincial Director of Museums for the Cape Province.

With 56 museums in his portfolio, Bugs was involved in a several diverse enterprises and was able to share his then 20 years of hard-earned experience with several hundred people.

1995 saw Bugs return to Grahamstown to launch the National Science Festival (SciFest Africa), the first of its kind in the country, SciFest promotes public awareness, understanding and appreciation of science, technology, and innovation (STI). The project consists of two components, namely the National Science Festival held annually in March in Makhanda (Grahamstown), as well as regional and national outreach programmes implemented throughout the rest of the year. SciFest Africa identifies and designs unique interactive events and educational resources with scientific integrity to advance science, facilitate learning in an informal and non-threatening way, and provide learners with a great opportunity to discover science outside the classroom.

He recalls this decade of his life fondly saying:

“Few people have the opportunity to meet the wide and exciting array of scientists that I did while Director of SciFest Africa. To name just three: Jane Goodall, the world-renowned chimpanzee conservationist; Dr Don Thomas, NASA astronaut; and Sir John Sulston, who headed up the British Genome Project and for which in 2002 he won the Nobel Prize for physiology.”

After 12 annual festivals, attracting 60 000 visitors each year, Bugs then moved to Cradock as the Curator of the Schreiner House Museum and played an instrumental role in preserving Schreiner’s place as one of the foremost South African authors of her era.

Bugs has presented 35 conference papers and has published more than 30 research publications, including definitive works on professional museum standards and the systematics of dragonflies. He has twice served as President of the South African Museums Association, is a Past-President of the Grahamstown Rotary Club and has served in various positions in the Anglican Church.

Today, you will find this remarkable man still in harness. He serves as the Vice Chair at Settlers Park. On the subject, he says that moving into the park was one of the best things he has ever done.

“Settlers Park offers me everything I need. It is friendly, secure, truly park-like and spacious, and with its excellent array of amenities – not least of all the restaurant, library, community hall, pool and care centre – it offers all I want. And let us not forget that Settlers Park is located in Port Alfred, which in itself has much to offer.”

In addition, Bugs also serves as the vice Chair of one of Port Alfred’s finest treasures, the Kowie Museum. He is also a valued member of the Lower Albany community where he is well known as a co-author of the trilogy: LA LORE. The series of short stories detailed in each book through a combination of skillful prose and illustration specifically highlight the amusing activities and anecdotes of the colourful characters who have called this corner of the world, dubbed Lower Albany, home.  Some of them are Longs, Emslies and, you guessed it, Wilmots! 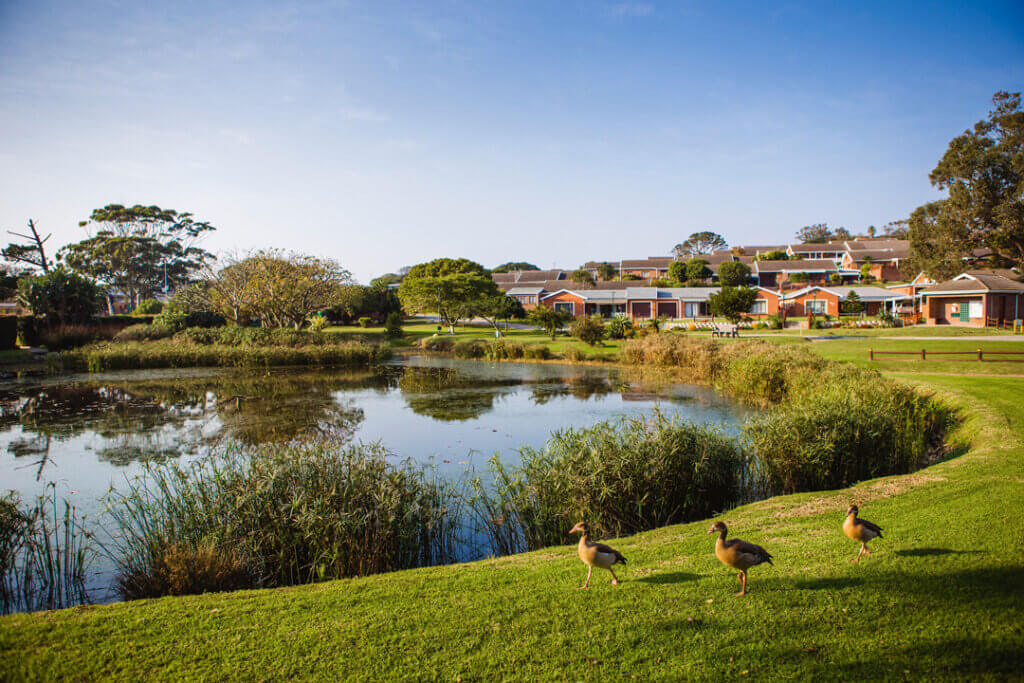 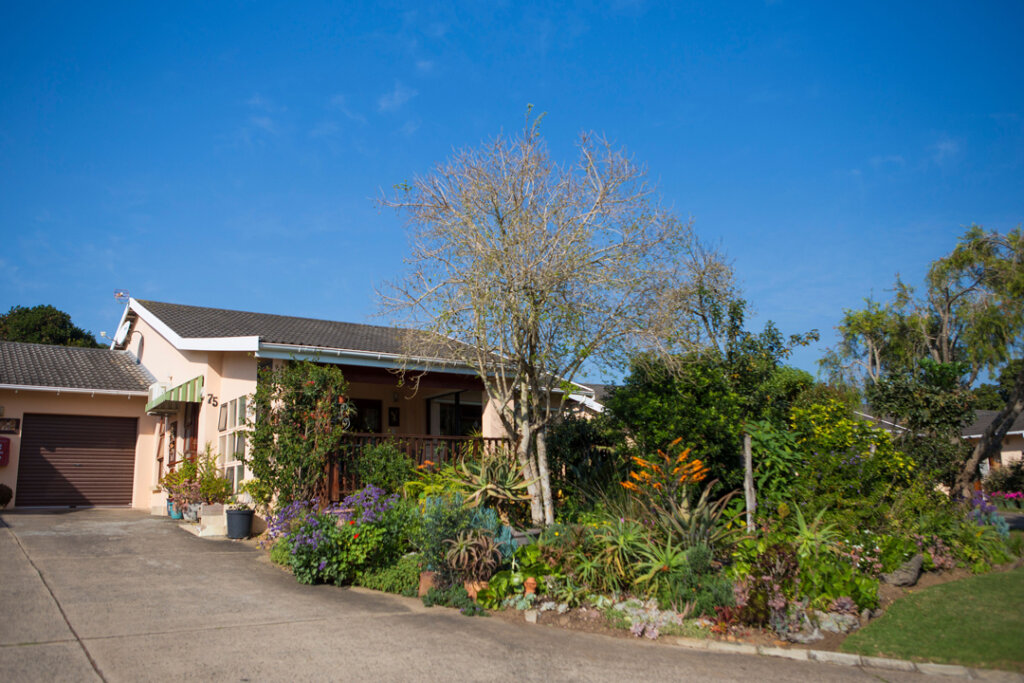 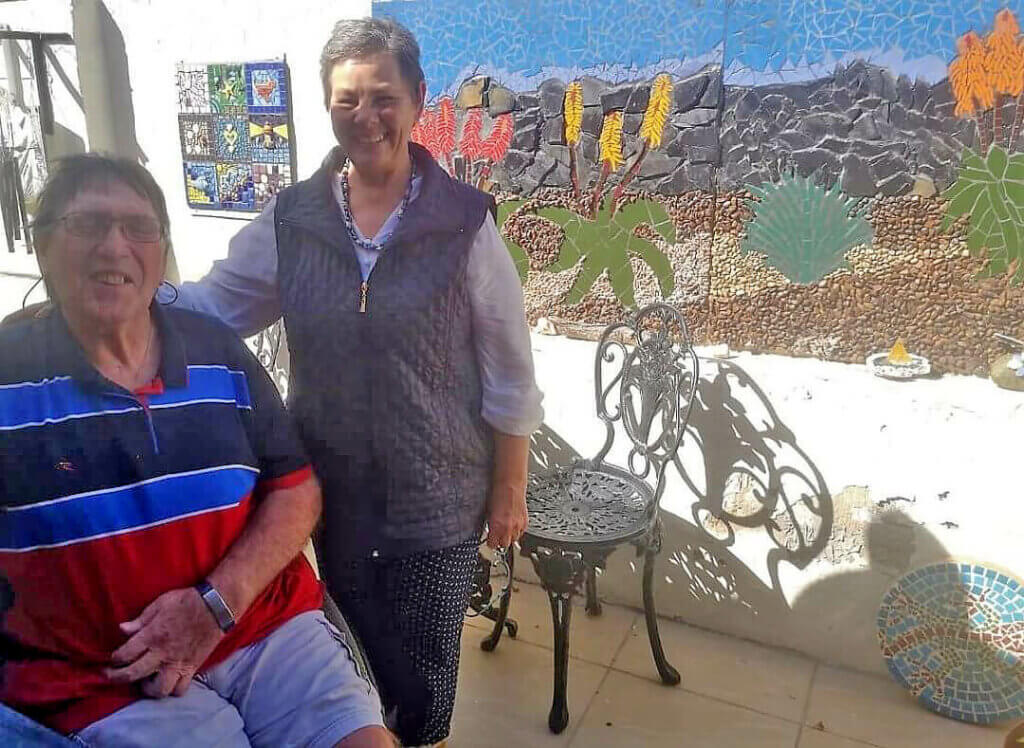 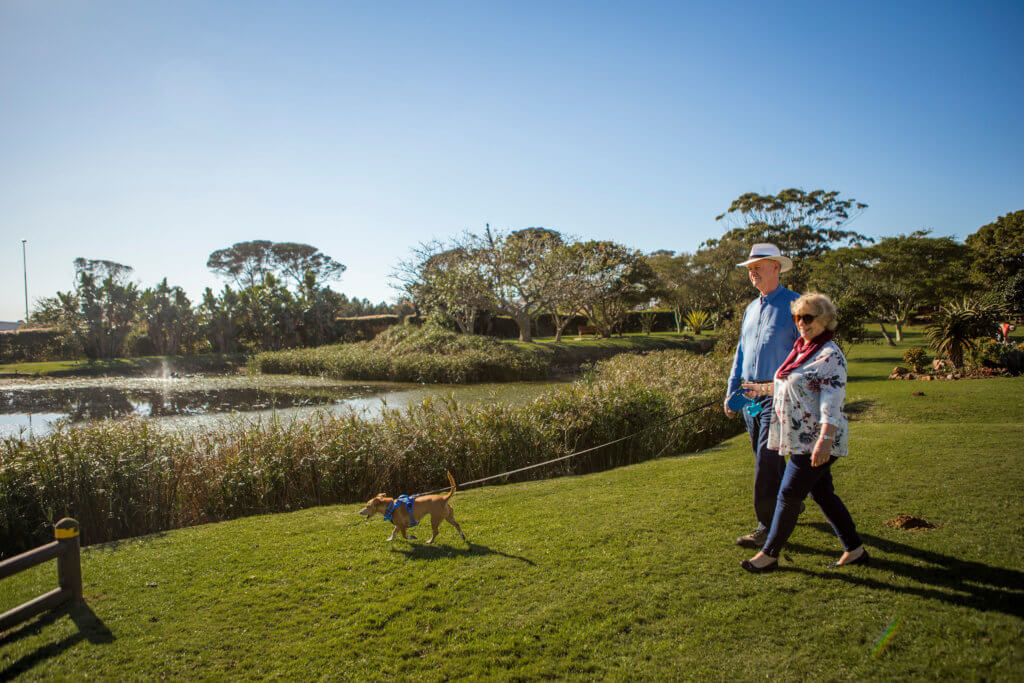 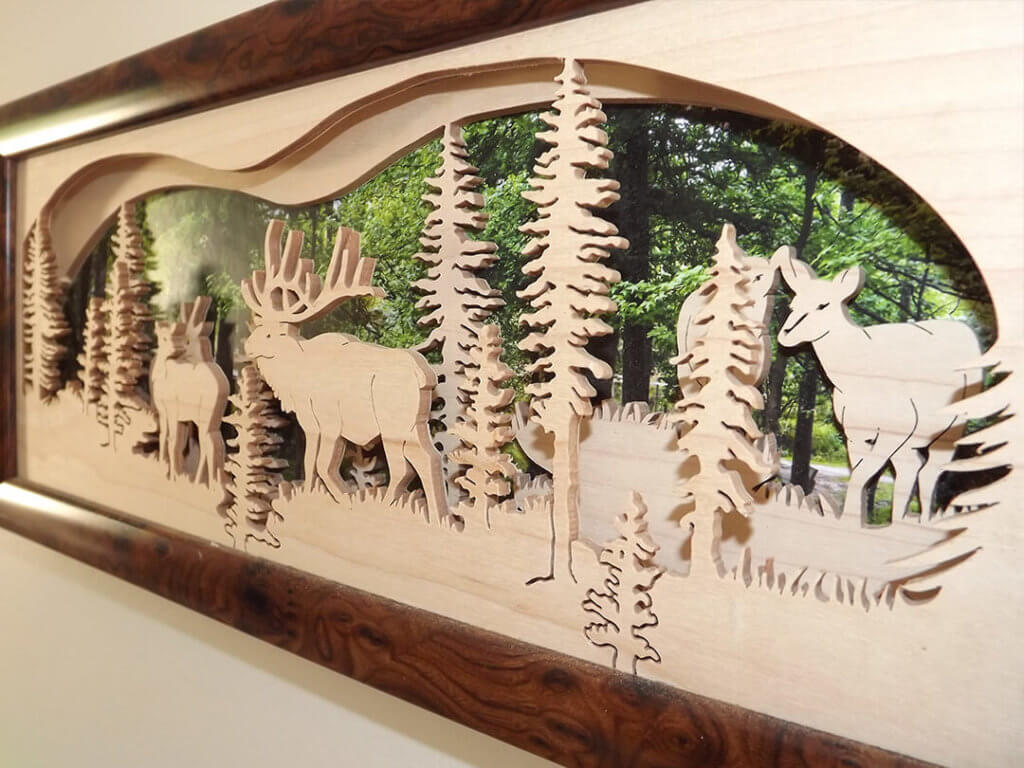 If you take a stroll from the Settlers Park office towards town,you will probably pass an open garage where a dapper man in a white dust coat works quietly away in serenity. 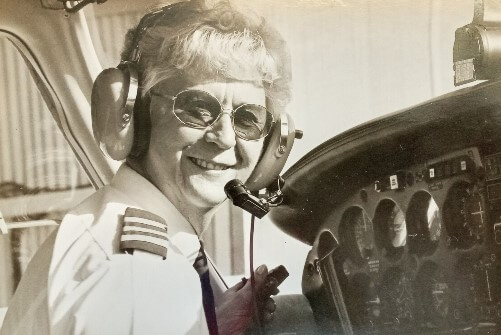 A Settlers Park resident with a fascinating story of flying worldwide is Jenni Louw. 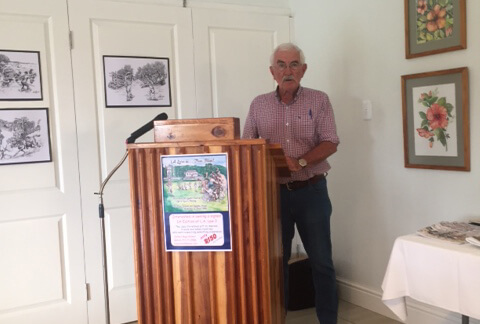 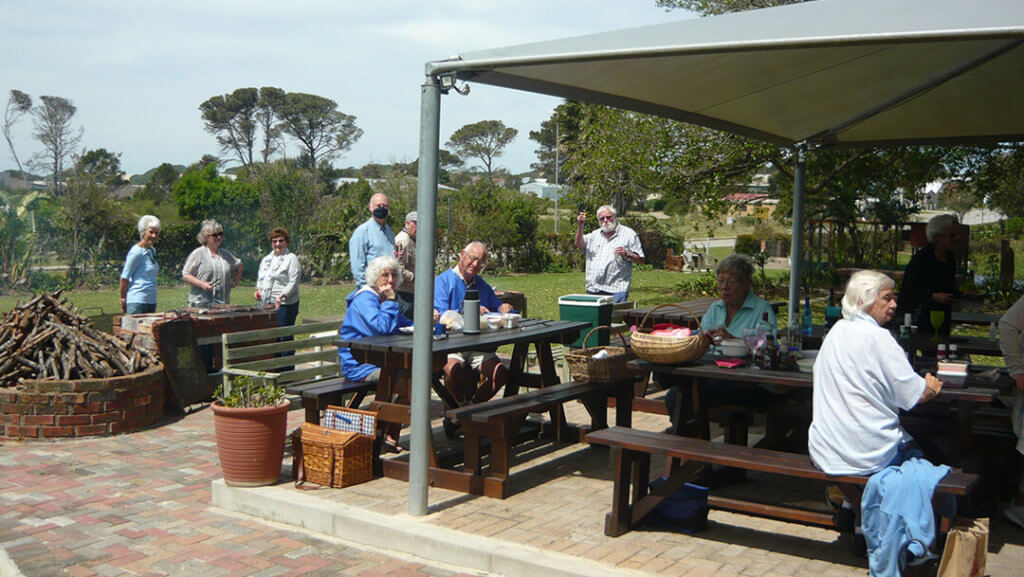 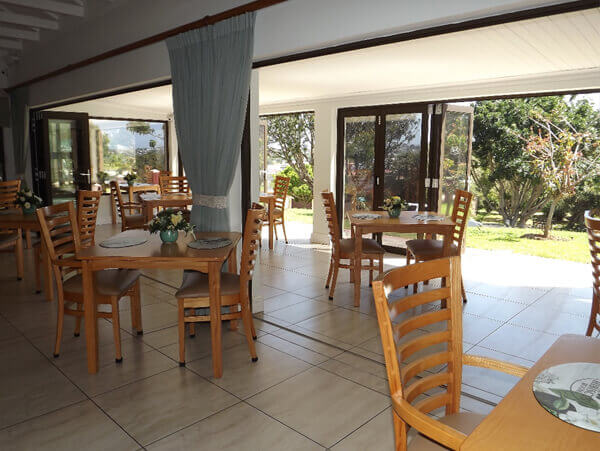 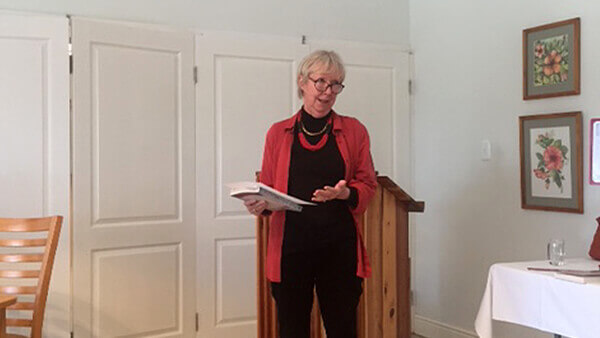 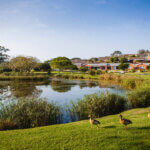 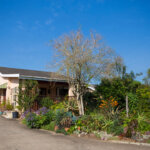 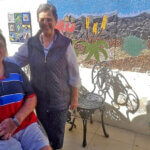 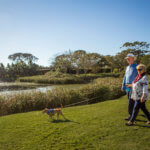 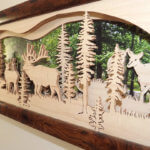 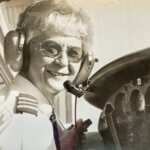